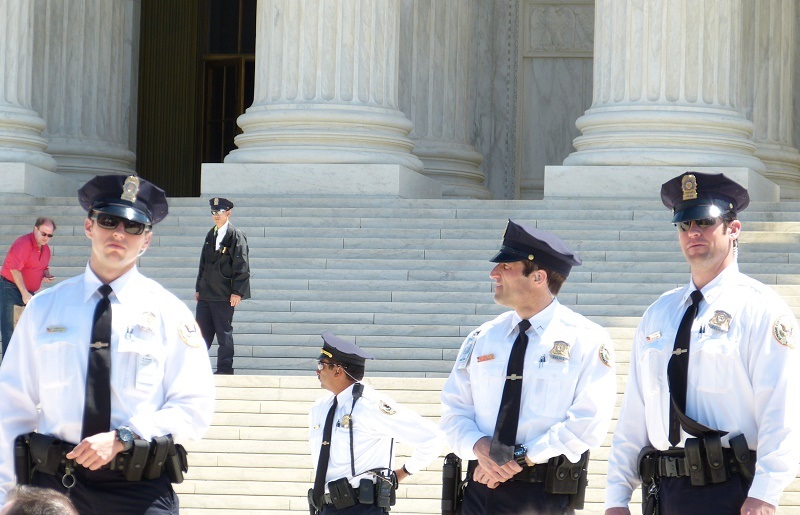 If we’ve said it once, we’ve said it a thousand times: you can’t advocate for increased transparency in the judiciary without also supporting greater investment in security for its jurists.

Bills introduced in the House and Senate this month would do just that. The Reauthorizing Security for Supreme Court Justices Act would permanently allow the Supreme Court Police to protect the justices domestically and internationally and would give the judiciary the resources to deal with any potential funding gaps in the future.

The bill was introduced in the House by Reps. Greg Stanton (D-Ariz.) and Gregory Steube (R-Fla.) and in the Senate by Sens. Lindsey Graham (R-S.C.) and Kyrsten Sinema (D-Ariz.).

Currently, the Supreme Court Police are only authorized to protect the justices domestically, and they’re often hampered by the inconsistencies in the annual budget process. (Remember all those shutdowns?)

Permanently renewing security funding for SCOTUS would ensure the justices receive the protection they need. In this time of increased dangers for public officials, our top jurists deserve to know that their security detail will be funded into the future.