Despite heavy redacting, the challenges of corralling federal agents in remote parts of the U.S. are on full display

On the day before he died, Justice Antonin Scalia – deplaning from Southwest flight no. 1209 at Houston Hobby, gun in tow and in poorer health than was widely known – was met by deputy U.S. marshals for assistance in transferring to a chartered plane headed for the posh Cibolo Creek Ranch in a remote part of West Texas. As a member of the Supreme Court, Scalia was within his rights to request that the agents remain with him during his trip but instead opted for protection only during his layover. 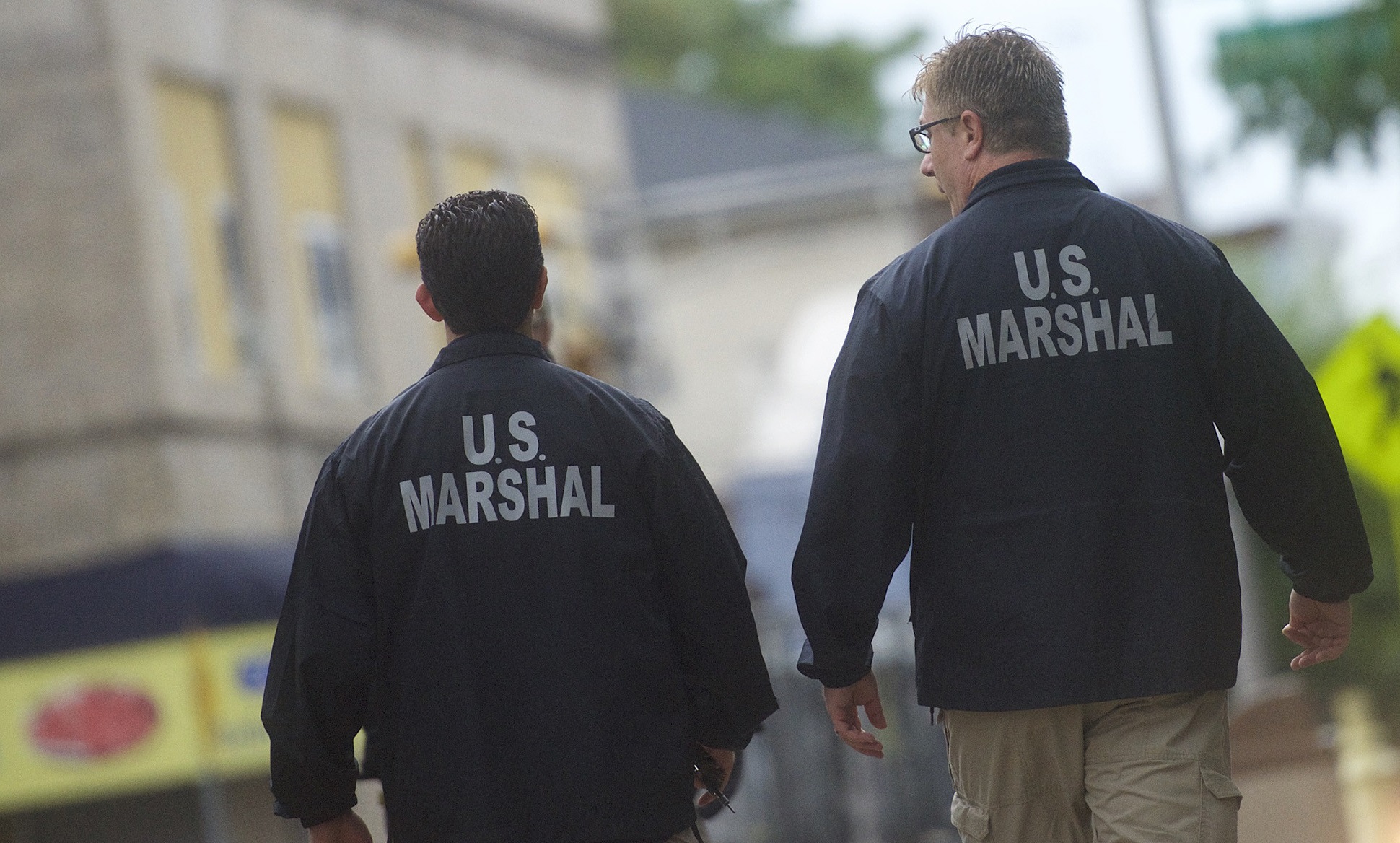 His ultimate interaction with the agency came as deputies in field offices across Texas and as far away as Washington scrambled to notify one another and other authorities of his passing. That process included informing the Supreme Court Police Department, which cedes the responsibility for protecting the justices outside of the District to the U.S. Marshals Service and was not told of Scalia’s death until two hours after his body was found motionless in his suite at 11:00 a.m. on Feb. 13, 2016. USMS deputies did not arrive at the ranch until at 2:38 that afternoon.

Documents procured from a nearly two-year-old Fix the Court FOIA request to USMS present new information on how federal agents responded to a momentous event in an isolated part of the country and for the first time reveal the formal policies, and underscore the shortcomings therein, for when justices are granted protection outside of the nation’s capital.

This request stems from the concern, shared by FTC and allies on Capitol Hill and elsewhere, that the justices may not have adequate coverage at a time when threats against public figures are on the rise and when, for several of them, frequent health monitoring is paramount. There is no indication in these documents that the deputies who met Scalia in Houston or those who responded to his death had any knowledge of his weakening health, and though there were no “active threats” against Scalia at the time of his death (PDF3 / p.197), several lines of redacted text appear in USMS reports under the threat assessment fields for trips taken by Justice Ruth Bader Ginsburg (1/79) and Sonia Sotomayor (2/113) in July 2015.

“The public should be confident that Supreme Court justices are well-protected, both inside their building and when they venture out into the world,” FTC executive director Gabe Roth said. “That the justices can decline protection when they travel to the most far-flung places in the country does not seem appropriate given the expansive reach and resources of the U.S. Marshals Service and the fact that so many justices choose to remain on the bench well into old age. I don’t want to wait for another tragedy to occur to ensure that more comprehensive protection is in place.”

FTC’s FOIA, filed with USMS on June 28, 2016, asked for (1) the guidelines for when marshals protect the justices and (2) any documents with information on Scalia’s Feb. 2016 travel to Texas. FTC also requested (3) documents containing the itineraries and security costs for all justices’ travel in July 2015, a month picked at random after FTC’s initial request for all 2015 USMS travel documents came back with a $4,560 price quote.

A lawsuit to compel document production was filed on Oct. 23, 2017, and FTC obtained 380 pages from USMS on March 9, 2018. At that time, the agency stated that it was withholding 41 additional pages deemed not appropriate for release. FTC hasn’t decided whether to pursue those with further litigation.

What follows is Fix the Court’s summary of the non-redacted information found in the documents:

Scarcely more than a page long, the USMS policy on how and where to protect the justices (1/1-2) states that coverage occurs “upon request by the marshal of the U.S. Supreme Court or a Supreme Court justice,” confirming that, unlike for other high-ranking U.S. officials, protection is opt-in and, as has been widely reported, not utilized each time a justice leaves the District to travel domestically. (SCPD coordinates security when the nine travel abroad.) Further, USMS is charged with “keep[ing] addresses and other contact information for U.S. Supreme Court justices when they travel outside the Washington, D.C., area with the justices’ permission” (italics mine). But given potential threats and fading health, FTC believes that such notification should be required.

It is highly likely that deputy U.S. marshals in the Western District of Texas were unaware Scalia was in their district the weekend he passed away, as the Feb. 12 airport transfer occurred with the help of deputies from the Southern District of Texas (2/196). They, in turn, did not inform local law enforcement, even though USMS policy 10.9.C.3 (1/1) gives local authorities the responsibility to inform the agency “immediately about any incidents” involving justices.

At first Scalia did not ask for USMS protection during his fateful Texas trip. Then on Feb. 9, three days before he departed D.C., he asked for assistance while switching planes on each end (2/192). Though ranch owner John Poindexter noted in the press that Scalia had a single travel companion, USMS documents state that six people (3/227) – names redacted – joined Scalia on the private plane, which left Houston at 11:00 a.m. on Feb. 12 and arrived around 12:00 p.m. (all times Central). The justice went on a hunt for blue quail at 3:00 that afternoon.

At 8:15 the next morning, according to a timeline cobbled together by West Texas Marshal Robert Almonte two weeks after Scalia’s passing (4/372ff), someone (name redacted) “attempted to make contact” with the justice. At 11:00 a.m. the housekeeper knocked at his suite, got no response and came back with someone, likely Poindexter, who entered Scalia’s room, finding him unresponsive. The next entry in the timeline – marked “????” – states someone at the ranch tried reaching out to “local federal authorities” – likely USMS and the FBI – but got “no response.”

Deputy marshals from the Western District of Texas were finally contacted by the local sheriff’s office at 12:41 p.m., and they arrived at 2:38 p.m., nearly two hours after being summoned. That lack of immediate response seems to draw the consternation of USMS staff, as the agency’s statement to the press noted that “deputy U.S. Marshals […] responded immediately upon notification of Justice Scalia’s passing (italics mine),” suggesting it took too long for deputies to respond. (“Let’s hope it doesn’t grow legs,” one USMS official tells another [3/281] the following day, seemingly referring to the time lag.)

ADDED 3/15/18: The USMS documents confirm the timing of various calls and arrivals listed in the Presidio Co. Sheriff’s Office Report on Scalia’s death released on Feb. 23, 2016. The report adds this: Poindexter was not initially forthcoming about who had passed away, simply stating to local police that he “needed the number to the U.S. Marshall (sic) Service” to report a death. The local police asserted jurisdiction at first, refusing to get USMS involved, but eventually relented and contacted the Pecos office, 134 miles north of the ranch, at 12:41 p.m.

The West Texas USMS office did ring the agency’s 24-hour Communications Center around 1:00 p.m., stating that “a member of Justice Scalia’s party was dead.” Almonte and the SCPD were also called around 1:00 p.m. Additional law enforcement officials arrived throughout the late afternoon, including some from El Paso, about 200 miles away, possibly via a U.S Border Patrol “Chopper” (4/372).

There is no mention in these documents of whether emergency medical services were called; nowhere is there information about an autopsy waiver or on Presidio Co. Judge Cinderela Guevara’s pronouncement of death, which press reports (3/282) say occurred that day without her seeing the body. A conflicting e-mail from a USMS official, likely stationed in El Paso given the “MT” timestamp (3/228), states that a “County Judge,” who had “responded to the location,” presumably the ranch, “pronounced the justice deceased” at 1:52 p.m. Central.

Among those reached that afternoon was the USMS Office of Protective Intelligence, which conducts the agency’s investigations and which was asked to begin its own inquiry into Scalia’s death. An OPI report was not included in the FOIA materials returned to Fix the Court, however. A report from the USMS Office of Protective Operations, which protects high-level officials and was also brought in, does not mention foul play in its Operational After Action Report (4/377), simply stating, “Justice Scalia was found deceased” at the ranch, without any further color.

The bifurcated nature of justices’ protection is noted in an e-mail sent at 2:55 p.m. on Feb. 13 from one U.S. marshal to six of his colleagues – all names redacted – asking, “Has the [Supreme Court Police Department] been notified? I know there’s a lot going on, just checking all the boxes” (3/208). SCPD had, in fact, been notified at the point and had asked USMS to ensure deputies remained with the body until it was returned to D.C. (3/229 and 3/265).

A hearse containing Scalia’s body left the ranch at 12:15 a.m. on Feb. 14 and arrived at an El Paso funeral home at 3:37 a.m. The plane that took Scalia’s body to Dulles arrived around that time from Miami, though no explanation was given as to why this aircraft was used. There’s also no word on where the gun Scalia took with him on the trip (2/192) ended up.

In all at least 30 different officers of the law – across the USMS, FBI, Texas Department of Public Safety, Presidio County Sheriff’s Office and U.S. Border Patrol (4/374-375), all names redacted – worked together that weekend, generally in concert. (In one touching missive, USMS confers with Border Patrol to obtain a flag to drape over Scalia’s coffin in order to “give[] proper recognition [and] convey[] the correct appearance” [3/275].) What’s more, Marshal Almonte was under investigation for misuse of federal resources at the time and resigned under pressure a few months later; that investigation was not mentioned in these documents.

The Supreme Court requested USMS coverage 12 times in July 2015, though the justices’ names are redacted in every request. Due to contemporaneous reporting, SCOTUS Map and incomplete redactions, FTC was able to determine the justice in question for all but two of these excursions.

Here are the trips, for which the estimated USMS bill (the judiciary typically reimburses the agency for protective services) was a paltry $69,039 (1/3):

Other notes of interest:

These documents make it clear that the justices have differing attitudes toward their protection. Sotomayor has deputies accompany her to the theater and Ginsburg was protected at the opera, both public places, yet Scalia did not have deputies accompanying him while hunting in Texas, even though “both of [the] venues” he visited on that trip – presumably the ranch and the hunting grounds, though they’ve been blacked out – “will be open to the public [with u]nknown public numbers” there (2/197).

Sotomayor’s July 10-11 and 21-25 trips to New York included a deputy from the Southern District of Ohio. Ginsburg’s trip to Cooperstown also included one from S.D. Ohio, in addition to local marshals. For all other July 2015 trips, only local marshals, or ones from adjacent districts, were utilized.

Chief Justice Roberts does not appear anywhere in these pages, and he did not request USMS protection for the domestic parts of his July 2015 trip to Japan.

Public attention regarding judicial officers’ safety has been in abatement in the years following the murder of Judge Joan Lefkow’s (N.D. Ill.) husband and mother in 2005. Soon after, Congress then appropriated nearly $12 million for increased security outside of courthouses and for home invasion detection systems for judges, but then nothing more for years after.

That Judge John Roll, D. Ariz., was killed in the 2011 Gabby Giffords shooting did not prompt any broad public discussion of judges’ security; neither did the fact that Ginsburg was robbed in 1996, Souter was attacked while jogging in 2004, and two of Breyer’s residences were burglarized in 2012.